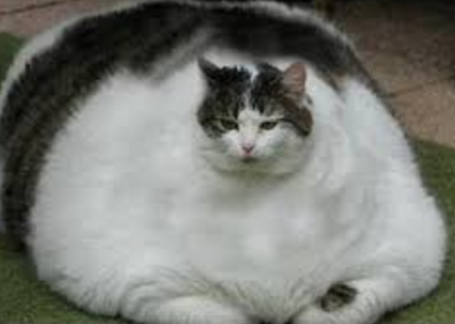 How to change executive pay?  These words are, frankly, less of statement preceding a solution than a plaintive cry.  We have arrived at a point where pretty much everyone agrees that there is a problem.  However, it’s a bit like London house prices where everyone recognises the issue but no one is prepared to make the first move and shave £200,000 off their asking price for the good of society.  The fact that it is a problem was brought home to me recently when a corporate affairs director of a major FTSE company confided that executive pay was the one topic that exercised him most. So, to be clear, there is a problem.  CEO pay has run away with itself and, on average, trebled over the past 18 years with shareholder returns lagging way behind.  The gap between those at the top and those at the bottom of organisations is now so wide that it is becoming indefensible.  And although the mathematics have changed beyond all measure, the arguments used to defend CEO pay have not (reward top performance, creating value, global marketplace, etc).  Each year, as the AGM season kicks off, the spotlight falls on the usual suspects (BP, Barclay’s, Anglo American, Reckitt Benkinser, to name but a few). And each year, after a few days of jumping up and down, the spotlight of public opinion moves on.  However, the damage is cumulative and one wonders how much more punishment the old boys can take before it’s time to throw in the towel.  So here are some thoughts on where the initiatives for change may come from.

The first area is that of behavioural psychology.  Its founding father, Daniel Kahneman, won the Nobel prize (for Economics, not Psychology) basically laying to rest the idea that we are Homo Economicus, a species of rational decision-makers, always looking to do what is in our best self-interest.  Since then the field of research has grown to help us understand the complexities of what makes humans human and, consequently, what motivates us.  And it turns out that extrinsic rewards are far less effective than intrinsic ones.  Daniel Pink in his bestseller, Drive, sets out the seven deadly flaws of carrot and stick motivation.  Suffice it to say, they don’t work and they tend to encourage the wrong behaviours.  As Pink says; “Meaningful achievement depends on lifting one’s sights and pushing toward the horizon”.  Not quite the same thing as generating shareholder value by increasing earnings per share.

The second area where pressure for change may come from is the growing focus on teams rather than individuals. Contrary to what reward consultants may have us think, leaders are not born, special, or uniquely talented (in fact, it is often the case that those who most want to become leaders are those least suited to the role). There is also not a finite pool of global CEOs ready to be parachuted in to save ailing organisations.  The evidence suggest that talent and leadership is learnt out of a mixture of perseverance and practice (grit), intrinsic motivation, and circumstance.  And if it is not individuals who make the difference then it certainly is teams. As Charles Duhigg puts it in Smarter, Faster, Better: “…the good teams had succeeded not because of the innate qualities of team members, but because of how they treated one another.” And yet too many reward metrics are based on individual hard performance targets rather than soft team measures.

The third area in which many people put their faith for change is legislation.  The EU parliament is still considering updating the Shareholders Rights Directive.  However, the list of areas out of scope is becoming longer and longer and the proposals now look, according to the think tank the High Pay Unit, decidedly anaemic. I also never really know whether imposed legislation is the answer. Rules and regulations rarely result in changed behaviour.  Look at the list of companies who had codes of business principles and conduct who have not lived up to them. (Enron’s 64-page code of ethics is a classic example).  In any case, it’s likely that any legislation will be so broad as to be meaningless, with plenty of loopholes and opt-outs. I always think that if you have to wait for legislation before changing then you’ve missed the point. Real change comes from within; from knowing it’s the right thing to do.  Frankly, businesses will only change because they want to.

And so to the fourth point. One of the biggest areas of focus for Boards and their communication advisors is managing their reputation.  Surveys and research all point to a growing lack of trust of big business by society at large.  And soar-away executive pay is a big contributor to that lack of trust.  Shareholders have a big role here.  They tend to be notoriously wary of business risk: anything, frankly, that can adversely affect the value of their holdings.  Well, high levels of executive pay could be the next issue that they start to be cogniscant of.  Corporate Affairs teams scan the horizon for issues of future concern. These are presented to the audit committee and form part of the risk report.  But how many list executive reward as a potential problem?

This then is the challenge for corporate affairs directors.  The time has come to switch from seeing their role as explaining and defending high levels of pay to seeing it as an area of reputational risk.  It may seem likely to be somewhat career-limiting to tackle the issue head on, but if they care about organisational reputation then maybe it is something that they have to do. And if not them, then who?  As Seneca said: “It is not because things are difficult that we do not dare, it is because we do not dare that they are difficult.”