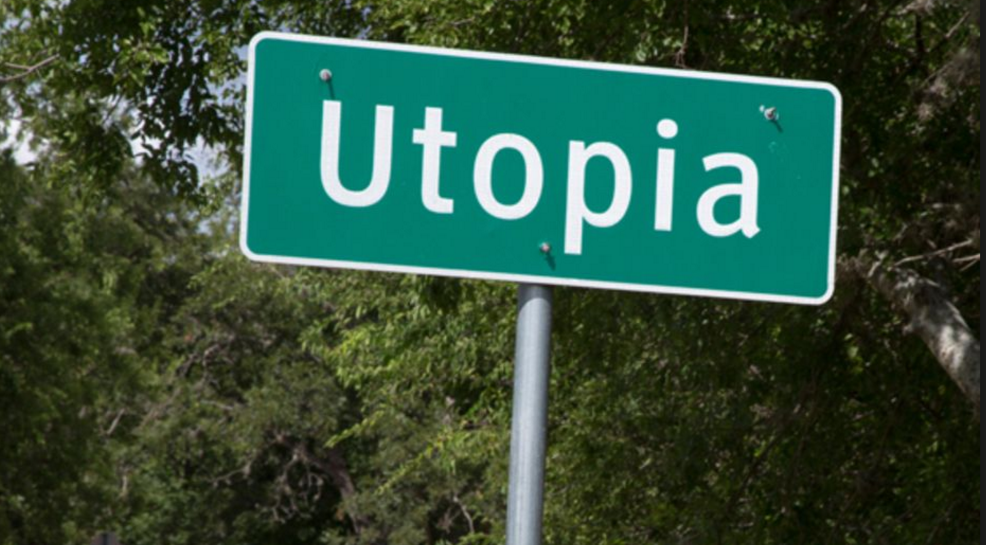 Interesting times, and how to respond.

May you live in interesting times, says the famous Chinese curse.  Well, it certainly feels as if we’re all cursed at the moment.  Social, political, and economic turmoil, coupled with growing environmental issues, are all combining to such an extent that we’re seemingly suffering from corporate discombobulation. Every day there’s yet more bad news, raising the already raised blood pressure of the Nation.  And so, given the extraordinary events that we wake up to every morning, what should be the rational response to our raised emotions?  There are, I think, four potential responses, each rational in their own way.  The question is which is the best in the long term.

The first response is to ignore all that is happening and try and remain in a state of blissful ignorance.  There is a lot to be said for this Peekaboo(*) approach.  We know that constantly worrying about things, and talking with others, can create a negative spiral into an even greater slough of despond.  For me, this can be summed up with the morning dilemma of either choosing to switch on Radio 3 (calming classical music) or Radio 4 (more news about Truxit or Brexump).  The first choice will set me up for the day in a good mood, whilst the other makes me angry and depressed.  But is it right in the long-term to deny the reality of the situation in which we find ourselves?  Which leads us to the second response.

Eternal optimism, or glass half full syndrome, to give it its proper name, can be a sensible alternative to ignorance. Mr Micawber, Dickens’ famous positive thinker, as his guiding principal said that something will turn up.  Business is full of people who say that there’s no such thing as a problem, only an opportunity. More recently, a whole industry has developed around the idea of positive thinking and self-help.  The shelves of airport bookshops groan with tomes devoted to the idea that we can take control of our destiny and, through the power of positive affirmation, guide ourselves to the life we want to lead.  Recently, however, the Pollyanna brigade have taken a bit of a knock with academics attacking the idea that we can think our way to success and, instead, that achievement comes from practice, focus, and perseverance (see: Angels Duckworth, Grit; Roy Baumeister, Willpower ; Dan Pink, Focus).  And see also the work of the Danish academic, Svend Brinkmann, who is so anti self-help that he thinks we should focus on negative aspects and repress our emotions. So, if optimism isn’t the right response, what else is there?

This week I found myself in a choir singing a chorus from Les Misérables (please don’t ask the details although, in my defence, it was for the Lord Mayor).  It was the famous call to arms, the song of the angry men. (**)  As I was singing lustily and heartedly (it’s impossible not to with these words) it struck me how perfect a sentiment it represented for our times.  The rational response is to fight fire with fire.  A new foe demands a new movement, a movement of right-thinking people.  Citizens needs to organise and take the battle of societal engagement to those who try to impose their world order on others.  And this, of course, is the right thing to do in the right circumstances. There comes a point when we say to ourselves, as Churchill did, that this is something up with which I will not put.  But it seems to me that combating anger and hatred with anger and hatred, banning people from visiting us because they ban people from visiting them, has the effect of raising the nastiness and outrage to irrational levels of nastiness and outrage.  And that can only end in tears.

And so to the fourth response.  Call me naïve and foolish but surely a better long term approach is to be the change that you want to see.  If you want to live in an open, tolerant, liberal, law-abiding environment, then act as a role model.  The age of anger needs to be countered, but countering it with anger merely replaces one bad thing with another.  Take road rage.  US figures show that 66% of traffic fatalities were caused by aggressive driving.  Responding to road rage with road rage makes a bad situation worse.  And before you dismiss my hopelessly credulous thinking, I heard a story recently of a US professor who had been taking the same journey to work for 30 years.  During that time he had experienced so many examples of bad traffic that he had been able to conduct his own experiment.  He found that when he drove aggressively (constantly changing lane, driving too close to the car in front, not letting others cut in, accelerating quickly at the lights) it actually took him longer to get to work.  When he drove well it was always quicker.  He found that his bad, aggressive driving seemed to encourage others to act in the same way.  When he was calm and polite, others were as well.  Surely this is a metaphor for our times. And then there was the story from Texas of after a recent arson attack on a mosque, the local Jewish community handed the Muslims the keys to their synagogue so that the Muslims had somewhere to worship.  Tolerance and decency seem far stronger long-terms weapons than hatred and reprisals.

I accept all accusations of foolishness, and I know that although Pastor Niemöller, in his famous poem (***), didn’t explicitly mention sherry-drinking, Renaissance music-loving, bibliophiles, but that I’m included by default.  Nevertheless, I will leave anger for later.  For the moment, I will stick to trying to be a role model.

Peek-a-Boo, I can’t see you,
Everything must be grand.
Boo-ka-Pee, they can’t see me,
As long as I’ve got me head in the sand.
Peek-a-Boo, it may be true,
There’s something in what you’ve said,
But we’ve got enough troubles in everyday life,
I just bury me head.

Do you hear the people sing?
Singing the songs of angry men?
It is the music of the people
Who will not be slaves again!
When the beating of your heart
Echoes the beating of the drums
There is a life about to start
When tomorrow comes!

Will you join in our crusade?
Who will be strong and stand with me?
Somewhere beyond the barricade
Is there a world you long to see?
That will give you the right to be free!

First they came for the Socialists, and I did not speak out—
Because I was not a Socialist.

Then they came for the Jews, and I did not speak out—
Because I was not a Jew.

Then they came for me—and there was no one left to speak for me.