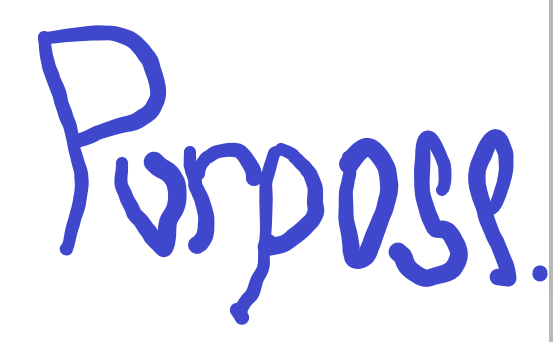 For over 20 years I’ve played a small and insignificant part in the movement towards better, more responsible, corporations. I’ve joined organisations, been to countless events, and attended endless debates where the same issues are parried back and forth by people violently agreeing with each other. A whole eco-system of consultants, advisors, think tanks, not-for-profits, agencies, NGOs, and charities exist, each breathlessly extolling the virtues of the latest iteration of good business. But now I’m having second thoughts. You see, when something becomes quite so fashionable I’m always inclined to jump off the bandwagon. When everyone is trying to tell me how their “Why” helps them both focus their operations on creating a lasting societal benefit and at the same time giving their Millennials a reason to get out of bed in the morning, then excuse me for switching channels.

A second reason for questioning the Responsible business/Purpose/Ethical capitalism movement is that, after 20 years, I’m not sure that it has worked. In fact, I’m beginning to feel that the whole eco-system around it – and especially the NGO, charitable, n-f-p think tanks – lend an air of respectability to otherwise bad businesses. Rather than fundamentally change, the saintly leaders speaking at international conferences, and their wonderfully-sounding words, merely mask fundamental issues with business, governance, and capitalism. The raison d’etre of the responsible business movement is to highlight the work of the best pour encourager les autres. However, not only does the bad still go relatively unpunished but the good companies are themselves pretty poor.

Despite commitments to ethical behaviour, long-term stewardship, and responsibility generally, the big companies sit on cash piles rather than invest, and reward shareholders rather than deal with pension deficits. Shareholder returns have plummeted in direct contrast to the stratospheric growth in CEO packages. Tax is minimised wherever possible, and prompt payment has become an oxymoron. Governance of large corporations is poor. NEDs are still recruited from a small gene pool despite it being clear since the banking crisis that there is little correlation between specialist knowledge (say in banking, auditing, accountancy) and how well an organisation is run. The complexity of businesses today, the disrupted marketplace, the impact of technology on knowledge, culture, and behaviours, mean that boards are too far away from the business. Recently the CEO of one of the UK’s largest financial services groups took a NED position at a competitor four times the size of his business on the grounds that it would only require a commitment of five and a half days! That’s hardly enough time to find out where the canteen, toilets, and fire escapes are.

And then there’s the result of all this ethical business. They say that healthy businesses need healthy communities. But what’s the reality? Despite all the good words and commitments towards responsibility, the reality is not much more impactful than painting fences on a community day. We live in a broken society. Wealth creation by our companies has, in reality, been only for the senior leaders and major shareholders. It’s been less trickle-down and more trickle-up. Many of their employees suffer from in-work poverty, home ownership is a distant dream, and healthcare and old-age provision is at breaking point. Society no longer feels that businesses, banks, and corporations are on their side. Wealth creation has left them behind. Scandal after scandal (often involving organisations that are paid-up supporters of the ethical business movement) demonstrate that it’s not words that count, it’s behaviours.

Maybe there is an inflexion point coming. Privatisation is no longer a dirty word. History repeats itself and it could be that the force for change will lead to calls for more intervention. I used to believe in incrementalism but a continued focus on ethical discussions rather than real action tends to demonstrate that self-interested inertia is a problem in business. As people start to attack neo-liberalism generally, it is time for the business community itself to be radical. We need to rethink unitary boards, limited liability (where’s the moral hazard there?), tax (if jobs are scarce, why tax income? And let’s scrap corporation tax altogether and find other ways to generate investment from our wealth creators). And so on. The government may well consider that it’s time for less carrot and more stick and, perhaps, to shake up the seemingly supine regulators.

Which brings me back to purpose. I think that all businesses should have the same purpose: to make money and to invest and distribute the rewards equitably. Full stop. There’s an honesty about simplicity. And it doesn’t grate so badly internally when the reality of business is endless restructuring, job losses, and a relentless focus on sales and profit. And if they want to create an interactive app that helps people engage with them in being part of a community that benefits society by bringing the essence of sustainable Madagascan vanilla into their fabric cleaner, then that’s fine. But don’t confuse the two.
Of course, I’m not really saying that brands shouldn’t have a purpose/essence or espouse a cause. For me, it’s the big corporations who I feel really need to close the gap between saying one thing and doing another. Millennials may want a purpose but they also want to be able to buy a home, pay off their student debt, not get signed off with stress, and not have to see the house they grew up in sold to pay for care for their elderly parents. And my point is that rather than having a nicely-worded purpose they may like their corporations to make a real impact and offer proper jobs. And if wealth creation continues to offer unequal societal benefits they may start to support a significantly more interventionist approach #justsaying.

So as for the pontification of the Davos set, I’d say focus on your own behaviour and get your house in order before lecturing others. As for n-f-p, charitable think tanks, I’d look in the mirror and ask yourselves whether you’re merely adding a chimera of respectability. And as for the endless debates and conferences, with the same speakers and the same audience, another time perhaps…