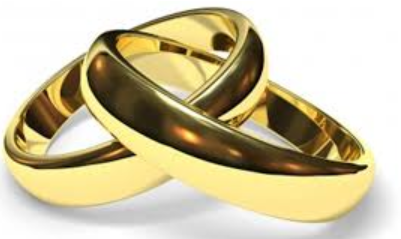 The majority of M&A, it seems, end in failure.  They simply don’t produce the expected results, destroying rather than creating value.  And yet every year companies continue down the path with their eyes wide shut.  Books have been written and lectures given but still lessons are seemingly ignored. Sometimes it is because M&A was simply the wrong strategic option, or perhaps because the task was greater than the resources available.  But many of the failures are the result of a specific issue: not enough attention had been given to people and culture.

Even allowing for the growth of robots and AI, the fact is that a business is its people.  And yet when preparing for a potential, M&A few organisations will look at the cultural fit.  Due diligence tends to cover physical assets, intellectual property, processes, systems, and financial assets and liabilities, and rarely, if ever, cover people issues.  And this is where the problem starts.  M&A starts with the logic of the market analysis, and integration planning is about preparing to take control.  Cultural issues start on the backfoot and often aren’t considered until way down the line, by which time the planning has taken on a life of its own.  So here are a few lessons from observing failure.

M&A is usually led by finance and strategic marketeers.  Their spreadsheets are made up of numbers which illustrate competitive advantages, synergies, benchmark data, and financial analysis.  Their numbers always seem to lead to a situation of overwhelming logic for a deal.  All that has to happen is to integrate the two organisations and realise the synergies.  Their focus is on rightsizing to benchmarks.  It is integrating by numbers for numbers.  This phase is what’s called the heavy lifting.  The number-focused M&A specialists see this as the key part of the role (and they are, of course, highly incentivised to hit the numbers).  They cut, impose, integrate, close, right-size, and take control of operations and process.  I’ve even heard people say that they’ll do the heavy lifting first and then do the softer culture second.  And they then want to know why that didn’t work.

Many people have written about the need for communicating through stories and numbers.  Data and numbers are not motivating.  Vision and stories are.  And yet too many M&A corporate narratives are still dominated by numbers: market share, growth opportunities, EBITDA.  Apart from the highly incentivised executives, no-one gets out of bed wanting to increase shareholder value.  And yet the M&A people still can’t use normal images and words to communicate.  M&A is really about transformation not imposition.  And transformation requires visible leadership, engagement, listening and telling the vision on a daily basis.

Our values are your values

Despite the fact that M&A is about two organisations coming together, many still think that 1+1=1.  In other words, the bigger of the two thinks that as they already have a vision, purpose, values, and a set of behaviours, then these are the ones that are going to work in the new, bigger, entity.  This is a huge mistake.  When two become one, each brings a unique set of cultural and behavioural norms.  They each have a heritage and a back story that has made them who they are.  Imposing a new cultural outlook never works.  The new employees become the objects of change and have attitudes imposed upon them.  The best takeovers are those where there is significant investment in understanding the two cultures and creating opportunities for employee on both sides to work towards building a culture based on the best of both.

Whenever two people get together a hierarchy is established and the fact is that in most M&A there is always a dominant partner.  Mistakes happen when the ascendant company assumes that because they are taking over someone else then they must be the better organisation: better at planning, marketing, operations, financial accounting, etc, and have the better systems and processes.  This blinkered attitude often leads to huge errors as they impose their less effective systems rather than recognise how much they can learn.  A bit more humility rather than arrogance can go a long way.

There are many more examples of failure and much that we can learn.  And so it is important that planning for success starts early and focuses on intangibles like culture and sees people as physical assets.  Good practice includes stakeholder mapping, engagement surveys and Pulse checks, and having open two-way communication channels.  After all, employees today are part of the most sophisticated users of technology the world has ever known.  They don’t leave these skills at home when they go to work.  They are creating and sharing content with people they trust in their private lives and that is how they expect to be treated at work. Success comes from including all employees, building new purpose and visions together, and co-creating a distinct culture that expresses the new entity.

When we create partnerships in our private lives we don’t start with practical issues like assets, houses, money and domestic arrangements.  We get together and coalesce around shared values and interests, and it is emotions that bring and keep us together.  And so if more people approached M&A integration as if it were a marriage perhaps the success rate might be higher.  As Charles Dickens put it in David Copperfield: “There can be no disparity in marriage like unsuitability of mind and purpose.”