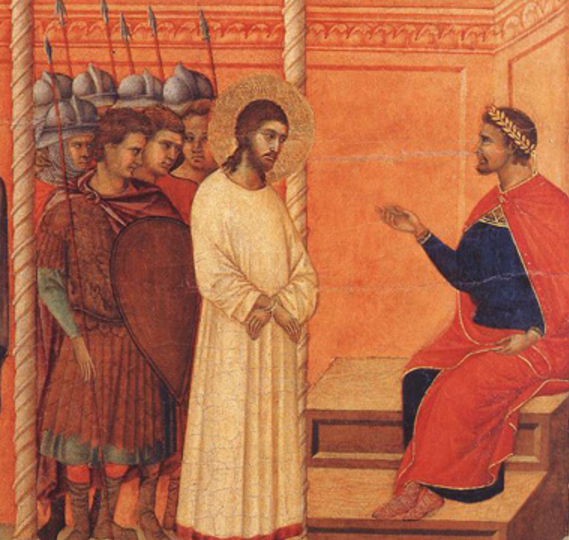 The truth about post-truth

We are now living in a post-truth world, apparently.  Recent political events have led some to conjecture that truth is passé, that facts are debatable, and that fake news is to blame. Some of this analysis comes from people genuinely concerned by how public discourse has become fact-lite, but the rest seemingly comes from those struggling to make sense of how their side lost.  They perhaps feel cheated of their birth-right as a result of the other side not playing fair.  But the “truth” is surely that this has always been the case: in a battle between facts and perception, facts will always be on the losing side. Social media, as ever, may have exacerbated the situation but the elements that make up a post-truth society have always been with us.

The history of humankind is based on myth.  In fact, one of the main distinguishers between our species and others is our ability to make sense of our existence by telling each other stories, as Yuval Noah Harari reminded us in Sapiens.  Money doesn’t exist: we invented it in order to create trade; nation states don’t exist, but we use them for our identity.  Myths and the telling of stories is part of our humanity.  For thousands of years people have lived in societies where actual truth is only a bit-part player.  Religious doctrines, which in nearly all instances began mostly as myth, tend to be full of literal, historical and, of course, scientific contradictions and inaccuracies.  Yet for vast swathes of the world the facts of these religions are the basis of how people live their lives.  Repressive political regimes have, again throughout history, used a wide interpretation of the word truth to keep their people in check.  What constitutes propaganda often depends on which side of the curtain you’re sitting.  And, of course, it was Edward Bernays (nephew of Sigmund Freud) who was so impressed by the propaganda techniques that he’d seen during the war that he wanted to deploy them in peacetime. He thought, however, that propaganda sounded a rather dirty word; instead, he chose the phrase Public Relations.

The post-truth brigade also miss the lessons of behavioural science.  All our decision-making is post-rationalised.  We choose based on assumptions and emotions and then retrofit a rational explanation. Our free will is constrained by our neuro-chemistry and our social conditioning.  Facts, such as they are, rarely come into it.  Group think, for instance, can place unbearable demands on our understanding of what is true.  There have been numerable psychological experiments where a group of “experts” get together to argue for something they know to be false leaving another in the dark arguing for what (they all know) is right.  In all cases this experiment ends with the lone voice so doubting themselves in the face of such peer pressure that they “change their mind.” Scarily this experiment has been tested with groups such as lawyers, doctors, and airline pilots, each time with the same effect.  It can also be the sheer volume of facts that can be the problem.  Such are the many permutations of options that there can never, for instance, be a factually correct data/phone tariff choice.  Therefore, we either best guess, or use other surrogate decision-making substitutes.   And, of course, there’s our old friend confirmation bias, where we seek out information to support our pre-existing views.  As Orwell said, the best books are those that tell you what you already know.  Quid est veritas, you might say.

Brexit and Trump both provide other good lessons.  There are those who may like to think that facts played a part, especially those incorrect facts deliberately deployed to scare.  There are no facts, only interpretations, as Nietzsche reminded us. But really both these political events probably demonstrate two inter-related points.  Firstly, the power of myth, or story-telling to give it it’s nom du jour. In both cases, one side deployed stories and the other deployed logical facts.  Soft (tall) stories beat hard facts.  Secondly, communication will always be a poor proxy for behaviour.  People listened less to the words and more to the body language. In times of difficulty we seek out people like us.  We are, after all, a highly tribal species.  People looked for those that they thought were on their side.  They listened to them and they believed their myths.  They ignored the others not because of what they said but because how they behaved demonstrated whether they were on their side, sharing values and aspirations.  Fake news, lies, conspiracy theories…all these things were in the margin.  People picked personalities that were part of their tribe, and in both cases it was the left-behind attacking the elite.

So where does this leave us?  Firstly, it does make us question the role of communication to influence. Perhaps we need to focus more on behaviour and attitude and less on words.  Secondly, when we do focus on words we must tell stories rather than try and bludgeon people with facts. And thirdly, despite society’s seemingly endless need for certainty perhaps we should occasionally admit that sometimes we really don’t know the answer.  There often is no black and white. The truth, as Oscar Wilde put it, is rarely pure and never simple.  Seeing things from the other persons point of view and building for consensus rather than difference may be the only way forward, but blaming them for not understanding facts is unlikely to help.